Notes From The Cactus Patch

Tall tales from Texas about characters I know and have known. Who knows, you might be one of them.

Archive for the tag “Granbury Texas” 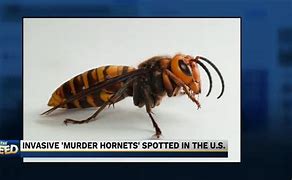 While watering my landscape this morning, I hear a loud buzzing sound radiating from a Salvia bush. I part the leaves searching for this demonic buzzing source.

Bingo, attached to a branch, is a Murder Hornet. I have a picture of the little beast on my refrigerator for identification, since I knew they were heading my way. The Farmers Almanac said they would make Texas by late July, so the magazine was correct for once.

Why is it all pandemics and end-times monsters originate from the Asian continent?

Fearing for the lives of my Bumble Bee’s, I spray the Murder Hornet with a substantial dose of Raid. It flaps it’s wings a few times and buzzes at me. No effect whatsoever. Okay, so this mutant is chemical resistant and now knows what I look like and where I live.

I retrieve my 1966 era Daisy BB Pistol from my work shed; old school tactics are now on the table.

I sneak up to the Salvia bush and spread the branches enough for a clean shot. There it sits with a Bumble Bee in its grasp, stinging the life out of the poor pollinator. I see a dozen more casualties on the ground below the plant—Satan with wings and a stinger. This monster has to go to La La Land now.

The first BB bounces off the buggers’ armor plating, putting a hole in my den window. There go $300 bucks. Now it’s personal. The second and third shots wing the critter, and now it is insanely mad and buzzing like a New York apartment door buzzer.

With only two BB’s left in my pistol, I go for the kill shot to the head. I take my aim and begin to squeeze the trigger. The murderous thug-bug looks up at me with its Charles Manson eyes, and a shiver runs up my spine.
” Go ahead, kill me if you must, but I have friends that will track you down.” It’s look says it all.

I take the shot, and the invader falls to the ground, headless. The Bumble Bees sensing victory swoop in and finish the killer off. Payback for their fallen brethren.

I retrieve the dead hornet from the bush with a pair of Martha Stewert grilling tongs and place it on my backyard retaining wall. A few squirts of charcoal lighter fluid and a wooden match complete the deed, and the bad-ass bug is on its way to hornet Valhalla.

My wife walks up and says, ” so, you got him, good job. Look at these cute little packs of Chinese seeds that came in the mail just now.”


I am, by my own admission, a proud Texan that will go toe to toe with anyone that diminishes the history and heritage of my state. I haven’t needed to do that in many years, but the piss and vinegar is still there if needed.

Statues are inanimate objects. They can’t shoot you, slap you or speak to you. The only way they might cause harm to one, is to fall on you as they are being pulled down by an uneducated mob of hoodlums wielding ropes and ladders.

Texas has more statues than Forest Gump has shrimp. There are brass, bronze, metal and stone statues of the defenders of the Alamo, various animal hero’s, horned toads, our founding fathers, soldiers from all wars, questionable politician’s and scores of others. I saw a statue of Flipper the dolphin in Galveston, so I guess everyone that has their own statue is not bad.

In Granbury, where I live, the town is named for a famous southern general named Granbury. He served in the confederate army and lived in Waco, where he practiced law. He has a statue of course, and the town carries his name, and has for over well over a hundred years with no complaints or problems created by the inanimate object.

Now, in Granbury, like the rest of the state, and country, people want them removed because the site of a statue hurts’ their feelings or makes them think of injustices, either real or imagined, committed centuries ago in a country that was far different than the one they are now attempting to ruin. With young men and women that depend on Google for information and education, can we expect less? Our education system has failed them. Texas history is barely touched on and smoothed over with a pacifist brush.

Our state history is not pretty: It is rough and tumble with a lot of bloodshed and dying by all. Indian wars, The Alamo, Goliad, San Jacinto, hand to hand knife fighting musket shooting battles that were horrific. In those hard scrabble days, people were tough: life was tough, and a young Texas ranch wife would kick your butt as good as her husband. My grandmother was one of those gals.

The Alamo mission, in San Antonio, is the most sacred piece of history in our state. It is a shrine held in reverence by Texans since 1836, when the mission, held by volunteers and led by William Barret Travis, fell to General Santa Anna and his army. Most of our counties and many of our towns are named for the defenders. Now, there are mobs and hooligans that want to tear down the mission because it hurts their feelings. Fortunately, our Texas Rangers and other patriots are guarding the Alamo to keep this from happening. Texas history will not go down without a good fight. God bless The Alamo and Davey Crockett, and God Bless Texas.